Chris Will is a Canadian-born Irish singer, songwriter and musician. Chris was born on December 4th, 1954 to parents of German descent in the small town of Elmira Ontario. The family moved to Dublin Ireland when he was still young where they lived for about eight years before moving back to Canada.

He attended Trent University in Peterborough, Ontario and graduated with an honours degree in sociology and anthropology. Chris has been an active member of the music industry since 1971. He played with a number of bands before heading off on his own to pursue his solo career in 1980. His debut album, “Introducing Chris Will” was released in 1982 and he quickly became popular among Irish audiences for being one of the few Canadian-born artists who were trying their hand at Celtic folk rock. He is also known as Christopher John Maxwell or simply Chris Will. The year 2002 saw him nominated three times by the CBC Radio Awards: Male Artist of the Year; Solo Artist – Rock/Alternative category (won); and Best Songwriter award (nominated). For 2004’s “Tell Me Why I’m Crying”, he won another nomination 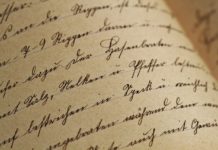 cellulose and starch are examples of,

Chaos chaos do you feel it lyrics!!